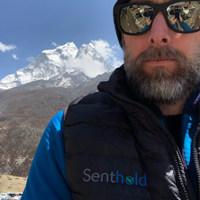 Dr. Justin Clark, a bariatric and abdominal surgeon in the United States Air Force, found himself stationed in Anchorage, Alaska a few years ago. With his separation from the Air Force pending, Dr. Clark began to consider opening his own practice in order to stay in the area.

“I looked around at the community and saw an opportunity for a bariatric medical practice to help the people of Alaska,” says Dr. Clark. “For about two years, I pondered the idea of starting my own business. In March of 2016, that idea started to grow, as the reality of my leaving the Air Force, and therefore my job, was fast approaching. I worked at night and on weekends to create a business plan and a budget, began filing all of the government paperwork, started working on a practice name and logo, and it quickly became apparent I wasn’t equipped to do this on my own. There just weren’t enough hours in the day to accomplish everything that needed to be done. And, I had never started a business before, never hired employees, set up an office, created a website – none of it. I thought to myself, this is just not possible for one person to do.”

That’s when Dr. Clark reached out to a friend, who referred him to another of Senthold’s clients. “I spoke with a fellow surgeon who had enlisted Senthold’s help to start a pediatric practice a little while ago. He told me that working with Chris and the Senthold team had been a great experience and was an invaluable help in making his practice a reality. So, I decided to give Chris a call and see what he was all about,” details Dr. Clark.

After a few more calls and a lunch together, Dr. Clark came to the realization that Senthold was the perfect fit to launch his business. “I knew I was an expert at surgery, but I’m not an expert at business. I wanted things done right the first time – I didn’t have time for trial and error – so I needed an expert in that field. Chris is not only an expert in business, but he is an outgoing, positive guy. He has a very confident air about him, but he is also approachable and personable – he feels like a friend right away,” he says. 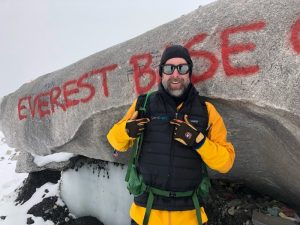 Senthold dove right in and took the pressure off Dr. Clark. “I needed to hire office and medical staff and that process was daunting to me. The Senthold team did the applicant vetting which saved lots of time so I could just focus on the top candidates. They also have existing relationships with lawyers, IT companies, and everyone else you need to run a business. It is reassuring to know that you’re working with quality people who have performed well in the past,” explains Dr. Clark.

He continues, “One concern I had at first was geography – I’m in Alaska and Chris is in Tennessee. I later discovered that several other Senthold staff members are in different parts of the country as well. I was worried about the time zone differences and communicating effectively since we couldn’t all sit down at the same conference room table. After only a short period of working together, all of my concerns were assuaged. The Senthold team are excellent communicators, well-organized, and most importantly, very responsive. Any requests I made were handled quickly and the team was available when I needed them.”

Dr. Clark now has a successful bariatric practice in Anchorage, Anchorage Bariatrics, thanks to his own hard work and that of the entire Senthold team. “I would highly recommend working with Chris and Senthold if you have a solid business plan and are ready to partner up with a team who can take your dreams to the next level,” states Dr. Clark.